Get Your Move On by Mr. Jon and Friends

I received product for this post, but all opinions are 100% my own.

Once upon a time, I got the chance to review a children’s CD called Mr. Jon and Friends. This CD was our saving grace when we trekked across the country last summer, moving from New York to California. Every time the kids got antsy (one was 4, the other was under 1, so you can imagine), we played Mr. Jon and Friends and they quieted down. So, when I was asked if I’d like to review Jon and Carrie’s newest album, I said heck yeah!  (Oh, and apologies for not having cute kid pictures in this review…they’re getting harder and harder to capture on film!) 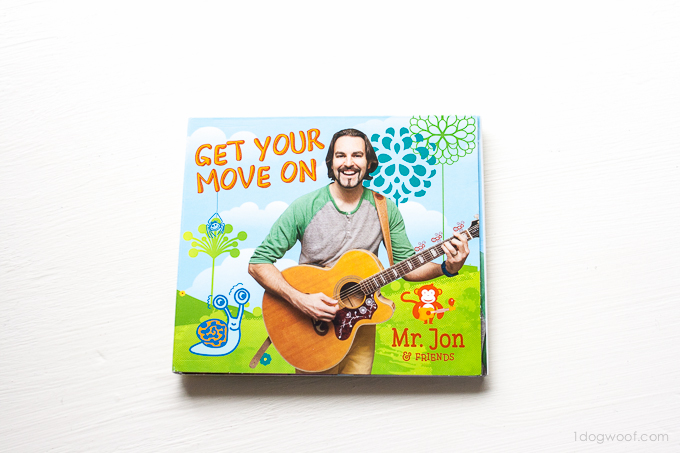 This time, though, I didn’t bother playing it in the house. And actually, I couldn’t, since what I received was a CD, and we sold our stereo in the move. I played this new version in the car, and … it has made all the difference between a loud and whiny trip to school and a quiet contemplative trip to school. And considering the traffic we fight through in the mornings and afternoons, ‘contemplative’ is waaay better for our safety, ya know?

So, the goods. Get Your Move On by Mr. Jon and Friends. It has another great set of familiar lyrics set to song with upbeat guitar and piano music as well as new songs to change things up. And of course, George the Monkey is back, cheekier than ever. I have to admit, the first time I heard George, I felt like he has grown just as J has grown, into a little rascal who talks back a bit, and is testing his boundaries. Maybe I’m just sleep deprived. But you know what? J LOVES the cheeky monkey, and giggles right along…gee, I wonder why, right? 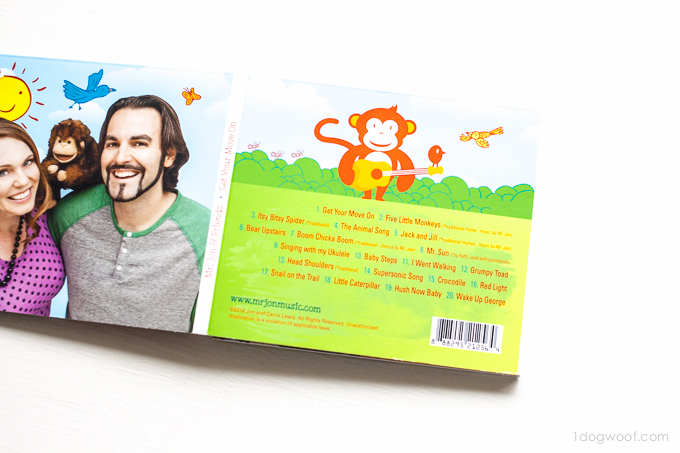 I personally think this album is more … contemplative (I know, word overuse) than the first album, but that could also be because I listened to the first one for about 5 days straight. There were definitely dancing songs, like Boom Chicka Boom, and Head Shoulders Knees and Toes, but the latter half of the album was more on the “ok, time for a nap” side of things, with pretty soothing selections.

One note on Head Shoulders Knees and Toes. That is by far our favorite song on the album. It starts out with the familiar melody that you just automatically want to sing-along to, but then gets faster and faster and faster, until everything falls apart. And for a 4 year old, falling apart in a big heap after singing as fast as you can is the best thing in the world! Giggle-fest ensues in the vehicle. 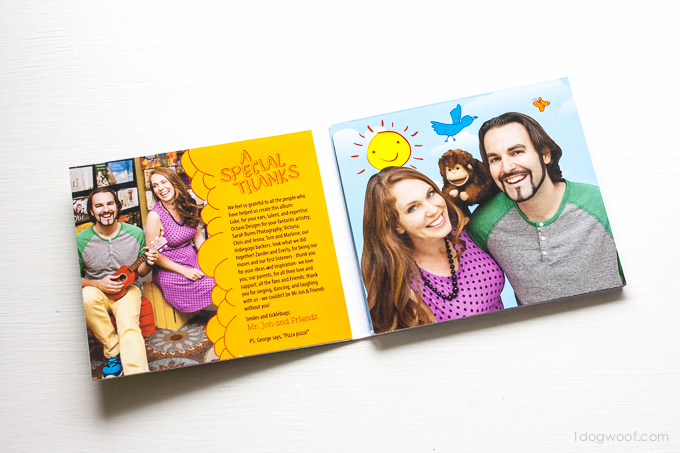 J cannot get enough of Mr. Jon. LM can listen quietly whenever we play it. Win win, right? The only issue is that we can’t play it in the house, until I find out whether my Wii can play CDs or not. If you don’t have a CD player, you’ll need to purchase this album in a streaming form. We’re just a bit behind on the consumer electronics.

So, if you’re looking for children’s music that you could listen to without even having kids in the car, Mr. Jon is the way to go! Here’s where to buy: