I’d like to introduce this post as the Sticker Cupcake Toppers I used in J’s RECENT birthday, but time has flown by and his birthday seems like a million ages ago.  I can’t even believe that since then, I’ve ended a 12 year career in the tech industry, baked more than I’ve baked in my entire lifetime, had a baby, and have completely forgotten what it’s like to get a full night’s sleep!  Yeesh.  Well, better late than never. 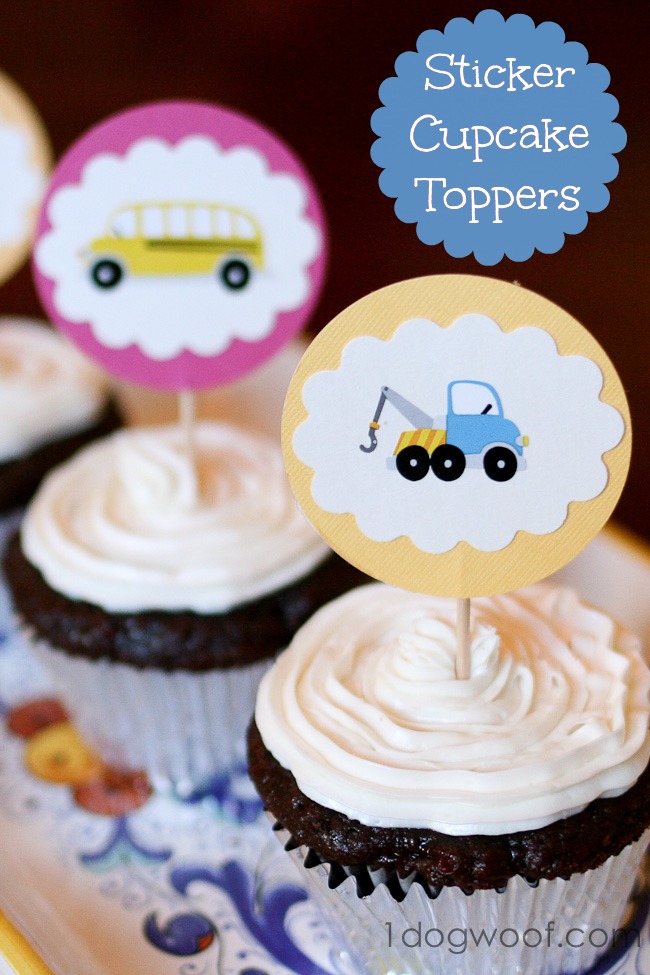 So here I was: big, fat and uncomfortable.  I was not looking forward to making cupcakes for J’s school, but make them I did, and they turned out beautifully.  And then, because I’m a little crazy, I decided I wanted cupcake toppers for the dozen cupcakes I was sending to school.  To emphasize the crazy, I came to this decision at about 6pm the night before his birthday.  The pregnancy-addled brain kicks into high gear, and I remembered I had some cardstock circles left over from my mom’s birthday party, and a bunch of paper punches and a bunch of stickers.  Ten minutes later, I had a dozen cupcake toppers ready to go – even I couldn’t believe my crafting luck.  Yeah!  Who says you need a printer or a Silhouette to make great looking cupcake toppers?  J helped me “top” the cupcakes the next morning and decided he liked the tow truck the best, and “no, MOM, it’s not a dump truck, it’s a TOW truck”. 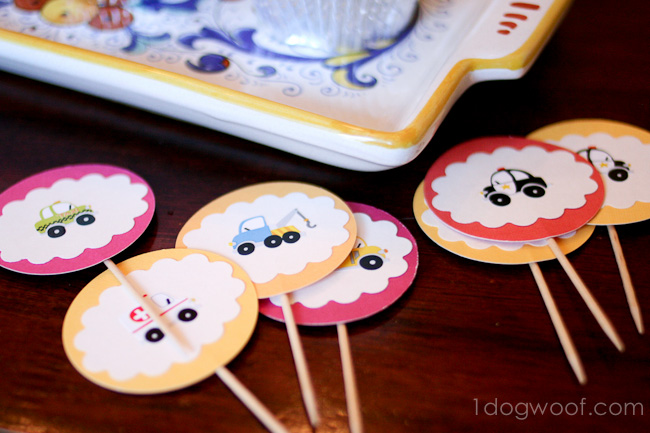 If you can even call it a tutorial.

Colored and white cardstock.  Or just index cards for the white cardstock!
Circle punch
Scallop punch
Stickers of choice
Toothpicks
Tape – both one sided and double-sided.

1. Punch circles out of the colored cardstock.

2. Punch scallops out of the white cardstock or index cards.

3. Use double sided tape to secure the scalloped layer to the colored circle.

4. Add a sticker to the center of each topper.  I happened to have vehicle stickers on hand which I bought at this awesome paper shop in Indianapolis, but any small stickers that fit your theme will work!

5. Tape toothpicks to the back of each topper.

6. Stick them on your cupcakes! 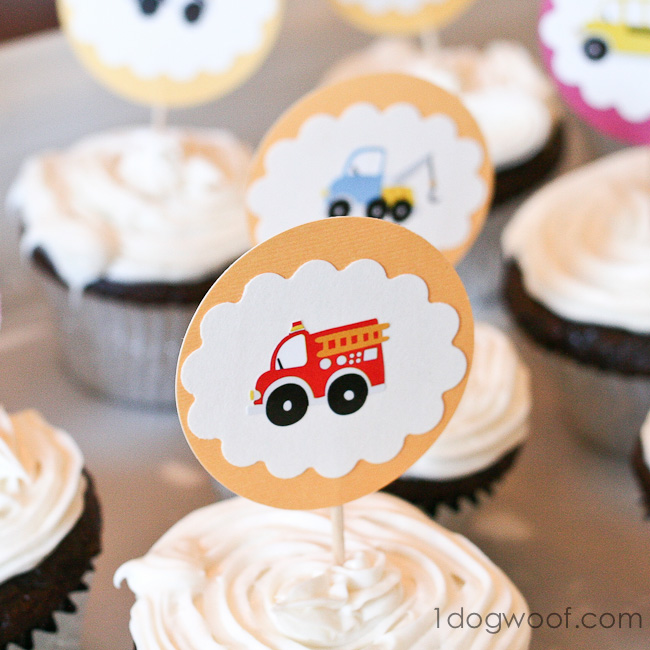 At least I know that one there is a firetruck.

In case you missed the cupcakes that these suckers sat on, check out my improvised recipe!  It included yogurt, grenadine and maraschino cherries – yum! 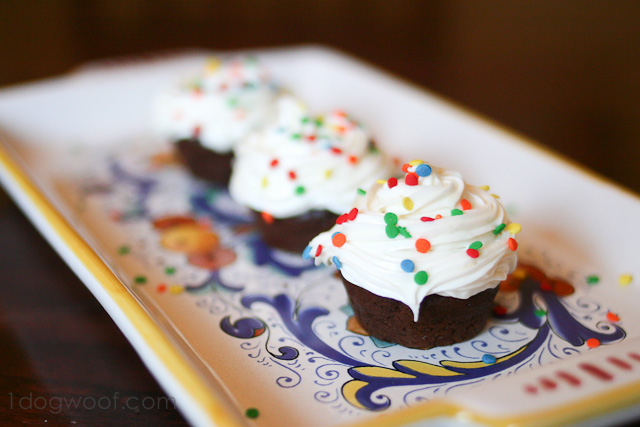