One Dog Woof’s Tour Through Blogland

Apparently, there’s this phenomenon going around right now, sort of like the flu, but way better, the kind you want to catch.  Many bloggers are taking a moment to share a bit about their true selves in a little blogland tour.  So for my new friends, and old, here’s a little about me and a tour of the blog called One Dog Woof.  And of course, if you want to know A LOT more about me, you can do so over here. 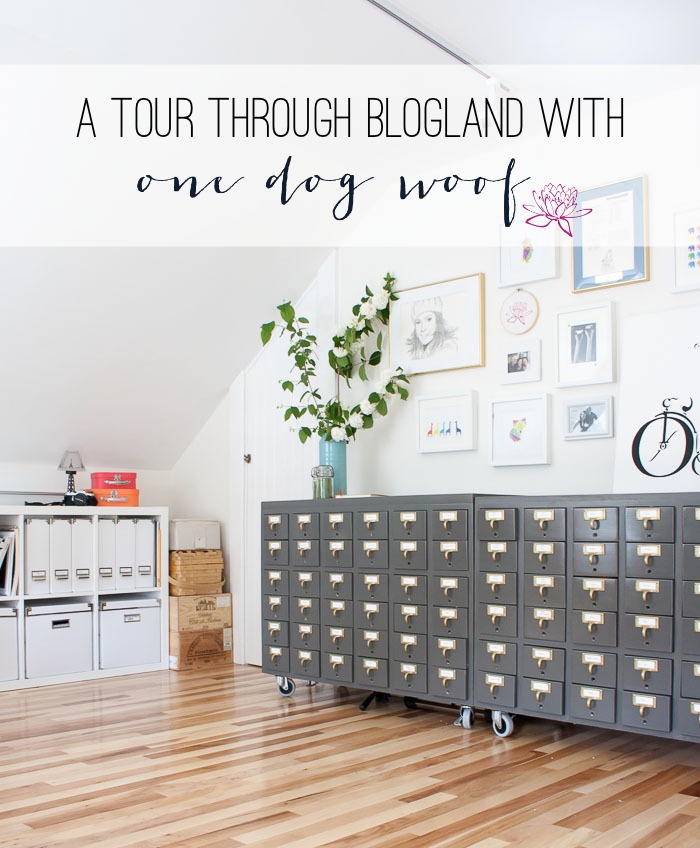 1.) What are you working on right now?

If you follow me in any way, shape or form, you’ll know that I’m in the process of moving and unpacking and settling down in a place far far away from “home” and trying to redefine “home”.  I haven’t moved in over 7 years, and the last time I did, I owned maybe a quarter of the stuff I have now.  Maybe an eighth of the stuff WE have now.  And the last time, I didn’t have kids.  Now I have two.  Two bundles of joy and craziness, just to make the whole moving process that much more … exciting?  So yes, right now, at this very moment as I sit and type these words, I face a mountain of cardboard moving boxes and empty Ikea furniture waiting to be assembled and filled with stuff.

Besides the process of looking for my can opener and a colander so I can make spaghetti at night, I’m not doing a whole lot.  I have a lot that I need to do, and that I want to do, but the real question is whether I have the energy to do any of it.  There’s still graphic design courses to take, and a portfolio to put together, a resume to polish.  Oh yeah, and this blog!  There’s a whole craft room waiting to be re-assembled into something useful so I can start crafting again.  Oh, to craft again.  If wishing made it so!

2.) How does your work differ from others in the genre?

I have been struggling to understand my audience (that’s you!) and how to serve them (you) better.  Because I like so many things and dabble in so many things, sometimes it’s hard to figure out what makes me stand out from the crowd, since I don’t have a well-defined niche.  My thoughts started to coalesce around the concept that we are all creative DIY-ers, living a create do-it-yourself lifestyle, whether that’s designing your own blog, crocheting your own gifts, or renovating your home on your own.  But then, this past weekend, I went to the Exploratorium and found The Tinkering Studio, and now I think maybe I’m a tinker.  And maybe you are too.  We tinker, we create instead of consume, and we take pride in what we can do with our own hands. 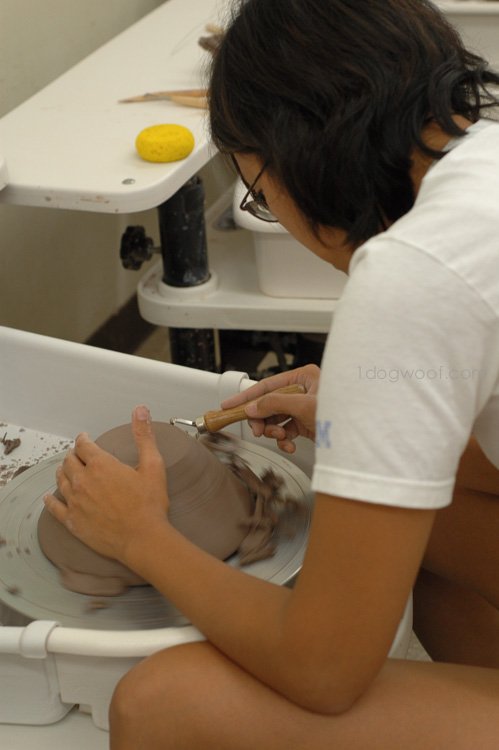 Yes, I know I haven’t answered the question yet.  I know something that makes me a little different is my voice.  If you haven’t noticed, there’s a bit of sarcasm and just a tiny splash of snark thrown in occasionally, maybe a pinch of self-deprecation here and there.  There are definitely tutorials and projects aplenty, but sometimes, I just want to talk like I’m hanging out on my non-existent porch with something sweet and icy in hand.  Something a little stronger than sweet wouldn’t be unwelcome either…

As for projects?  If I’m going to spend time on something, it had better be both good looking and useful.  Form and function, people.  Not form OR function.  I really try hard to put a twist on the things I get inspired by, and have it customized to my life.  Key word here is TRY. 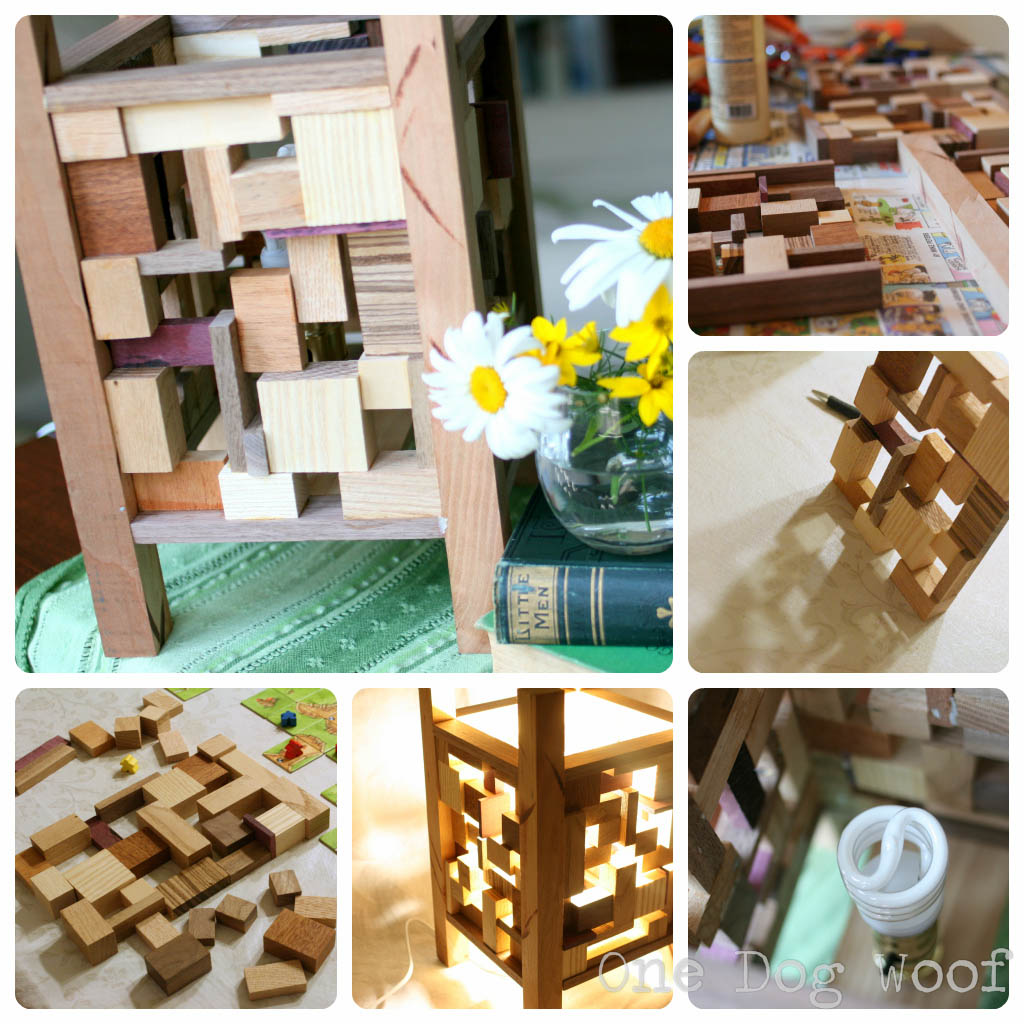 To tie it all together, I like to inspire others not just to follow a tutorial from beginning to end, but to put your own spin on it.  So, I often end my posts with other ideas on how to take my tutorial and run with it in a different direction.  It’s the concept of tinkering and exploring, using a combination of old and new ideas to create something that comes from you.  Isn’t that the true definition of “do it yourself”? 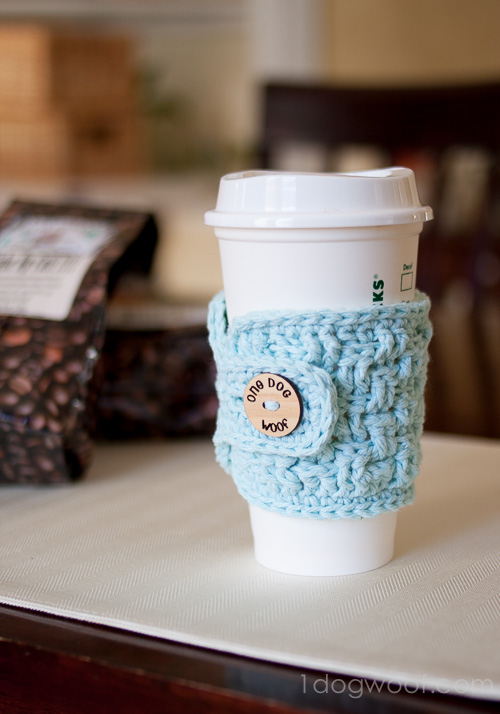 3.) Why do you write and create what you do?

Because I’d get bored!  Life is great, don’t get me wrong, but I have thoughts and those thoughts need to go somewhere.  This is my creative outlet for all those thought-bombs that float around in my head.  “Creative outlet”  Yeesh.  How many times have we heard THAT phrase?  But it’s true.  It’s an outlet.  I could sit and watch TV or read book after free Kindle ebook, but I feel I can be more productive and do more and hey, maybe it’ll help push me outside my comfort zone and hey, maybe it’ll help me find a new career. 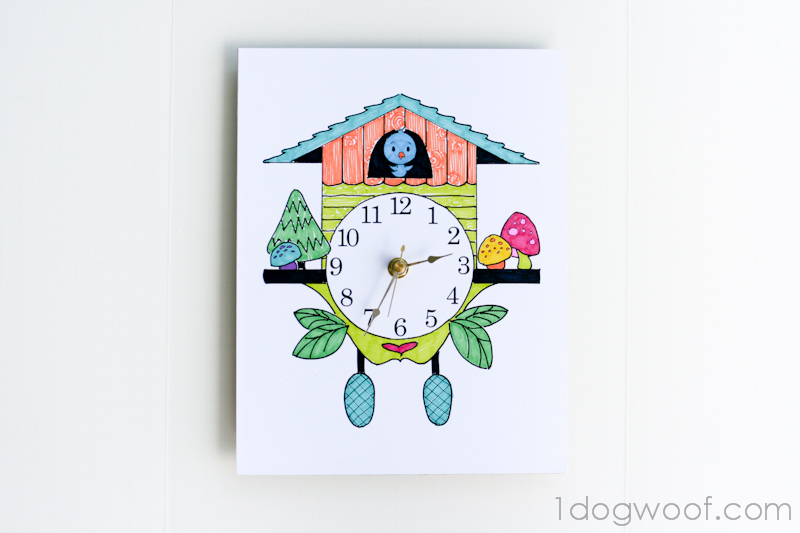 Color Your Own Cuckoo Clock

I write because otherwise, I’d just be talking to myself and that can get a bit weird after a while.  And there’s only so much brainstorming and self-congratulatory pats on the back you can do with yourself before it you start looking around and wondering if people are looking at you funny.  I create because… I’m picky.  And cheap.  I’m definitely that person that says “ugh, really?  I can totally make that” when I see something in a store.  It’s a combination of wanting what I want, and trying to get it for as little as possible.  Sometimes that means I’ll just buy something from the store, since the materials to make it myself would cost more money and time and effort.  But sometimes, it’s easier and better and WAY more fun to create my own, and it’ll be exactly what I want.  Well, maybe after a few craft fails and emergency runs to the store, it’ll EVENTUALLY be exactly what I want! 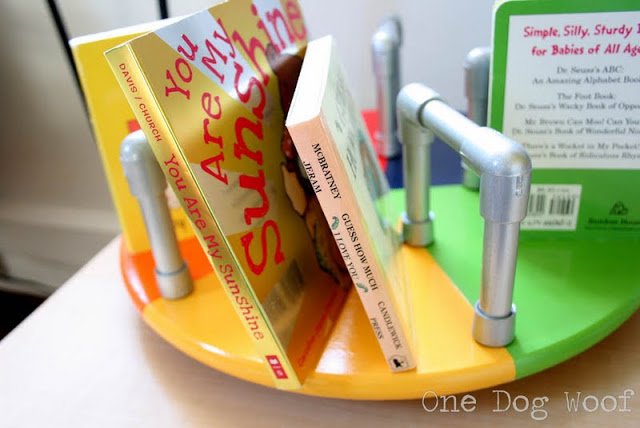 4.) How does your writing and creative process work?

The later the better.  My writing gets more real the later I write, as in, the closer to midnight it is.  After a glass of wine, things really start to get interesting and my opinions get much more colorful.  Witty?  Maybe, maybe not.  Probably just more opinionated.  Stream of consciousness comes much easier.

With the whole creative process though, I have a book.  My secret ideas book where I jot down ideas and flesh them out and then forget about them until 3 months later.  I look at what I need and what I have on hand and try to create something from it.  There was a show on the Food channel once upon a time where a guy would go into someone’s kitchen and make something from just whatever was in the fridge that day.  That’s kind of how I work.  I have an idea; I have stuff.  Let’s see how I can get stuff -> idea.  You know, if I try hard enough, I’d want to express it in terms of an equation.  I have stuff, I have an idea.  I want form.  I want function.  Make it work!

So, Kadie from Seven Alive nominated me for this leg of the Blogland Tour.  And I’ve been a complete delinquent on finding someone else to pass the bug on to, so I’m actually going to go backwards and point you to a few tours that have already been done, with Tara at Suburble and Bethany at Pitter and Glink. 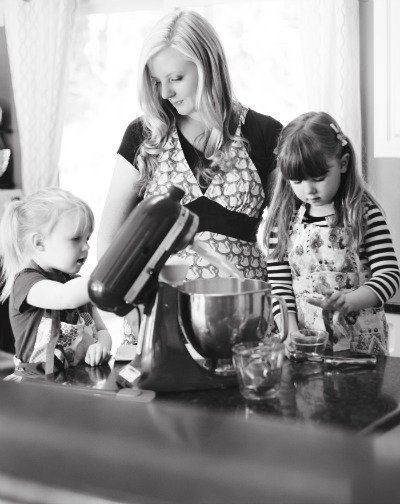 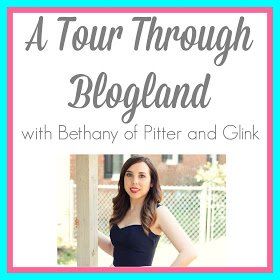