Here’s my Ombre win from SYTYC – a Lucky Star Ombre Mobile.  I love that J now points to it at bedtime and says “Moon!” and “-Tar!”

I’m going to lose, or I’m going win.  Someday, I will get back to the business of blogging randomness, but for now, I’m just chugging along, another week, another craft :-).

I had seen photos of ombre mobiles on Pinterest that were made from paint chips, so I knew I liked the effect of the ombre in mobile form.  I had also seen pictures of lucky stars that were dyed and hung up in garlands, so I decided to put the two ideas together to create my Lucky Stars Ombre Mobile. 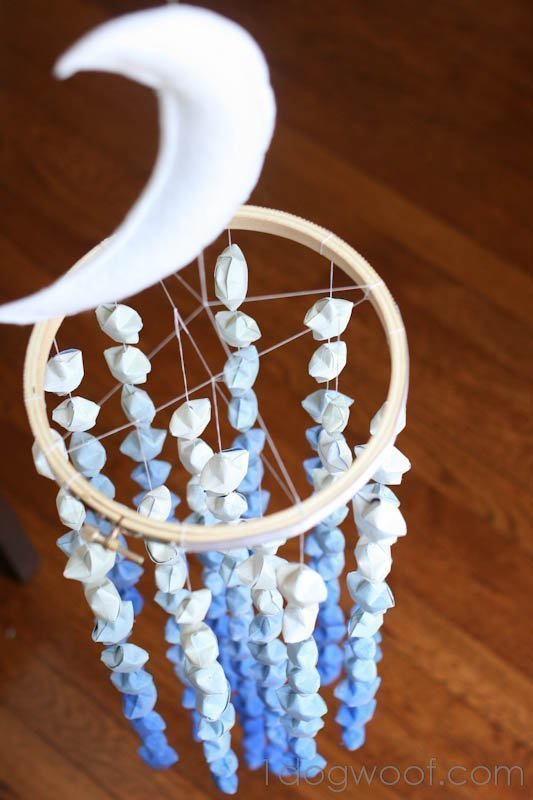 Lucky stars are usually made with long strips of origami paper, but I didn’t have the time nor the confidence that I was going to find exactly what I wanted, so I tried to make my own.  J has a big roll of craft paper that we had bought at Ikea, so I tried a Martha Stewart tip about spray painting an ombre effect on the paper using watercolors.  To be honest, that didn’t work very well, except for the really color saturated bits.  For the light shades, it was easier to just paint on a light watercolor wash. 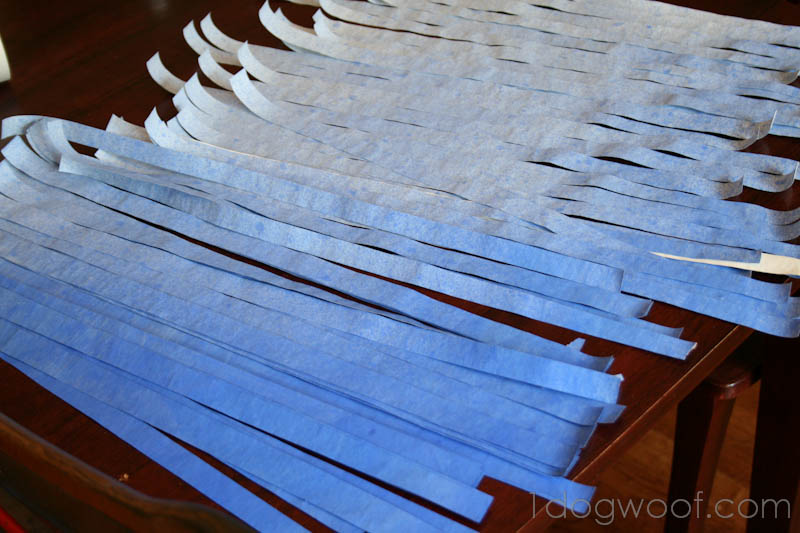 Then cut your now-ombred paper into strips.  There is some trial and error involved, as you figure out a good width vs length ratio to create a sturdy puffy star.  Sometimes, the strip was too wide and didn’t have enough heft to “puff” out the star, and sometimes, the strip was too thin, which made for a super plump star and made it impossible to stick a needle through.  I think my strips were about 20 inches long, and a little over a half inch wide.  I painted several swatches of paper, cut them all out and only chose the shades that worked best with each other. 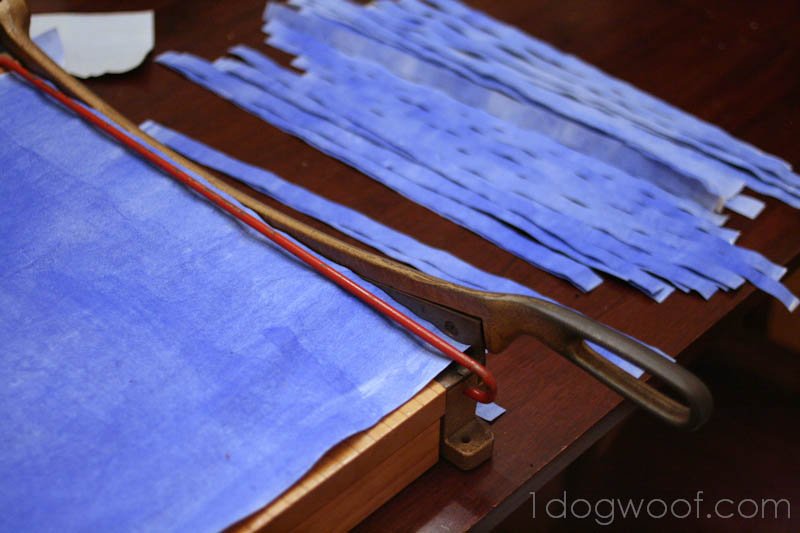 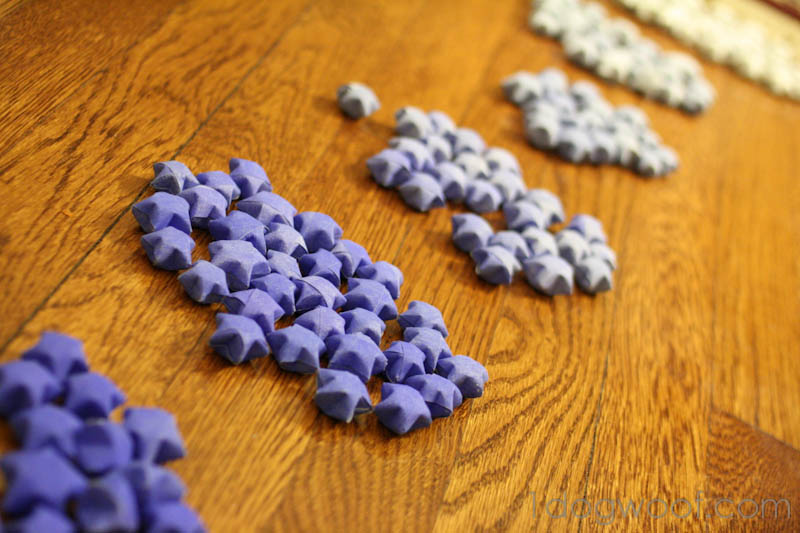 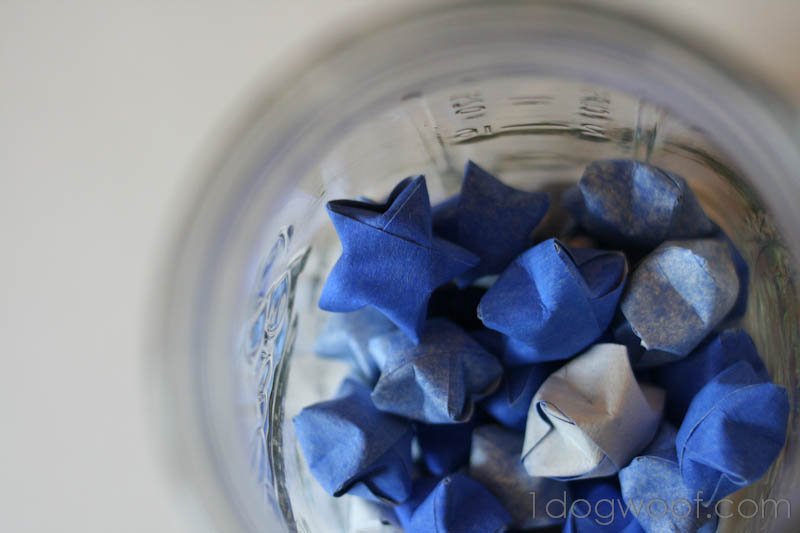 Arrange the stars in columns the way you would want them to hang in your mobile. 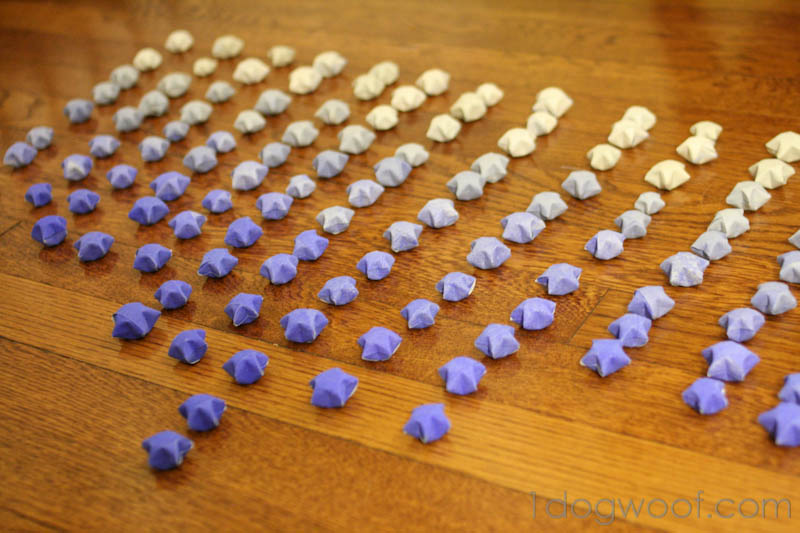 Cut a long length of thread, tie a knot at the bottom and thread the darkest star in the column.  Give it an inch of separation, tie another knot and thread the next star up.  Continue tying knots and threading stars, from the darkest to lightest.  Once you’re at the top, tie the thread around your mobile base; in this case, it was a 6 inch wooden embroidery hoop from Hobby Lobby. 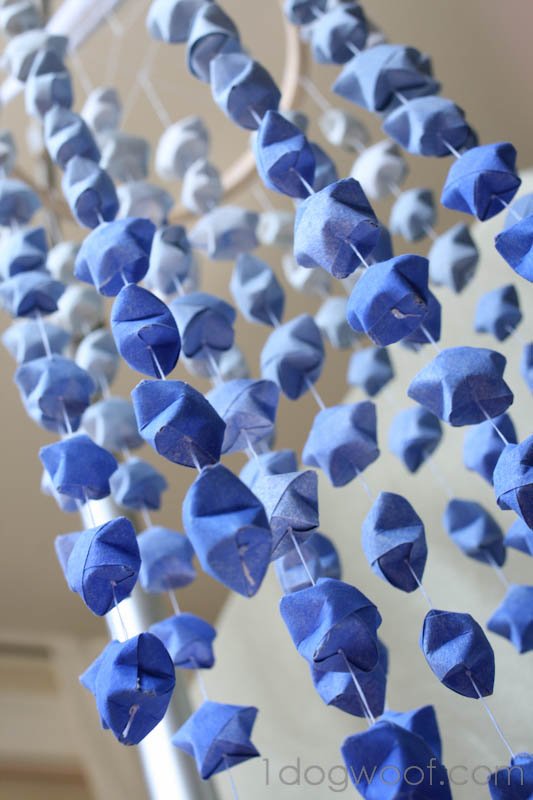 Cut out two white crescents.  Sew them together and stuff lightly to make your moon.

The assembly in my case was a bit haphazard.  I hung the moon from a thread, and then hung 4 threads from the moon to attach to the embroidery hoop.  The embroidery hoop then had all the columns of stars hung from it. 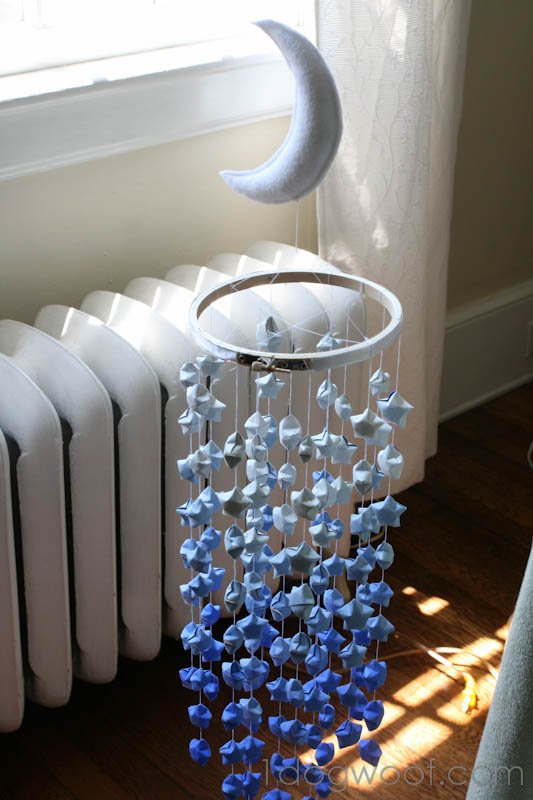 As a final touch, I glued a silver ribbon around the outside of the embroidery hoop, for a little bit of bling (?) and to hide the thread ends.

It was a pretty simple project, and it was a great way to keep my hands busy while watching a chick flick!  Speaking of chick flicks, my new thing is Korean soap dramas.  Talk about time sucks! 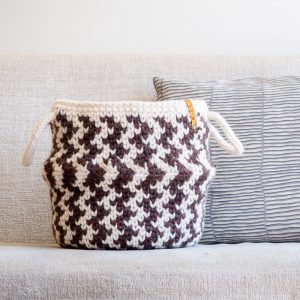 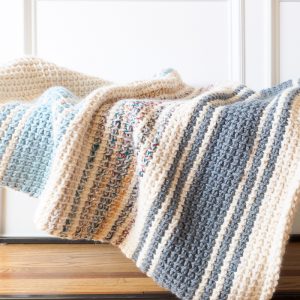 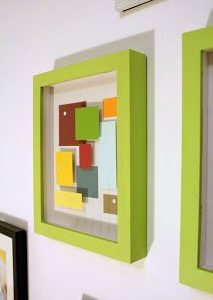 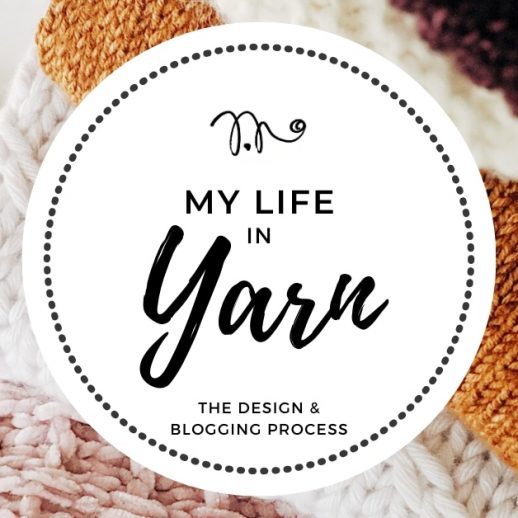 My Life in Yarn: The Design & Pattern Writing… 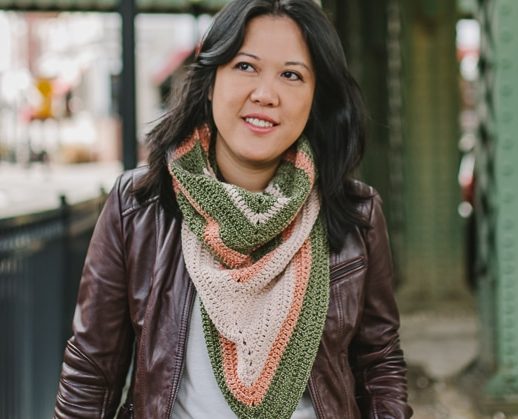 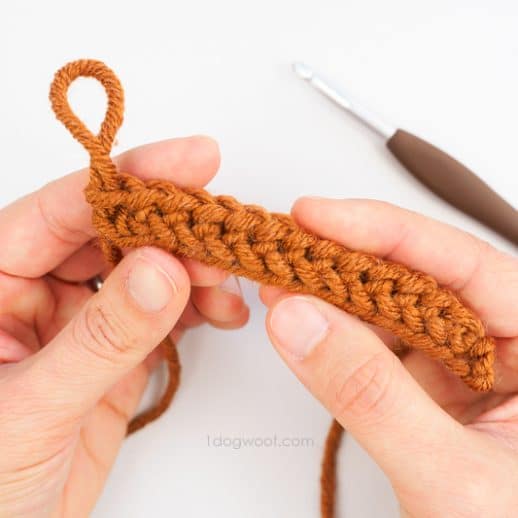 How to Make a Foundation Single Crochet Stitch… 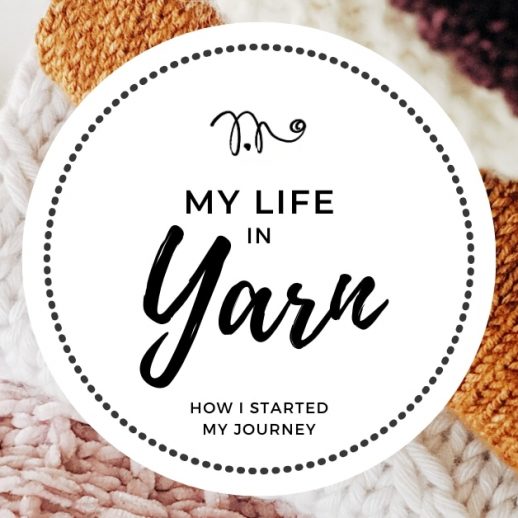 My Life in Yarn: The Ongoing Journey…

Happy Leap Day! Can you believe it's gonna be Marc

Mondays are for... crocheting, knitting, or comput

🧶Experimenting with Cobblestone! I'm loving the

Which 3 colors of @lionbrand Cobblestone would you

🎉NEW PATTERN!🎉 I just wanna show off a good

This error message is only visible to WordPress admins