We’ve had a backyard garden for several years now, in one or both of our raised beds.  The beds have been torn down, moved, rebuilt and we’ve tried all sorts of different methods to keep tomato plants up, keep weeds down, and basically not make a stinking mess of things by August. 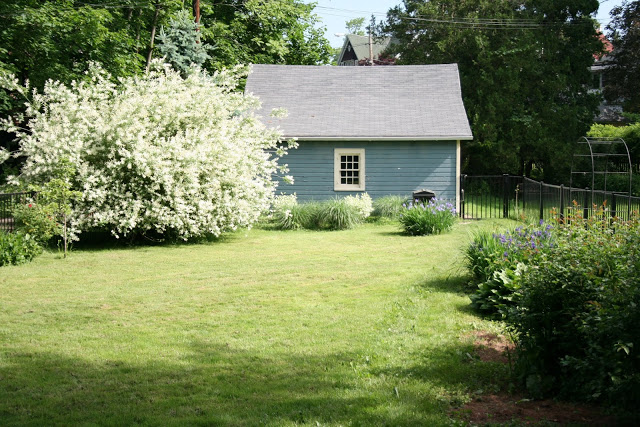 Here’s a collection of random thoughts and things we’ve learned over the years regarding our 2 raised beds, just for a little history.  Then we’ll move into this year’s lazy man method of growing vegetables.

Nothing too new there, right?  A lot of common sense, but I tend to be greedy and want to get the most out of my raised beds.  I also like to plant asian vegetables, since I can’t get that in the stores and have funny cravings for them.

Here’s the new idea for this year – my lazy pregnant woman method -> just throw the seeds in and good luck to them. 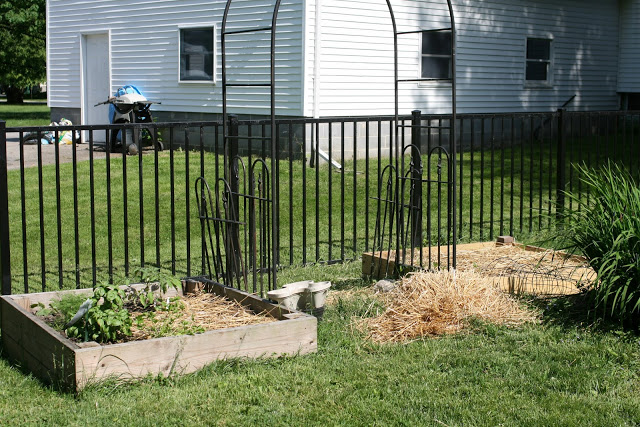 Currently, we have two 4 foot raised beds, mowable in between, with a trellis between the two for beans and other climbers.  I grow either bitter melon, asian long bean or luffa gourds on the trellises.  Then we always have a couple of tomato plants for fun and the rest is whatever I want.  This year, I saw an article discussing the concept of planting haphardly so weeds don’t grow in between rows, since there are no rows.  Sounded pretty easy, perfect for someone who doesn’t want to lean over and weed during the hot summer months.  So, I designated one box for the “salad”, and one for the “other stuff”. 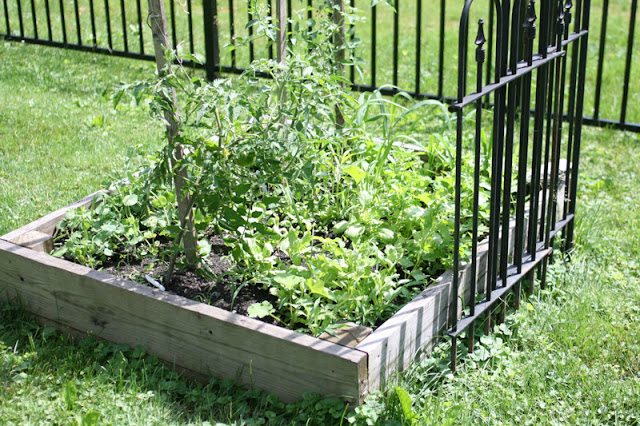 The “other stuff” were pea shoots on one side, and a sprinkle of Chrysanthemum and Chinese celery on the other side.  The tomato plants were transplanted in, and gourd seeds thrown in close to the trellis.  This box is doing well – tomatos getting a bit of blight, but nothing disastrous, and I’ve gotten lots of pea shoots and Chrysanthemum leaves.  No show on the celery, but the gourd is growing and climbing. 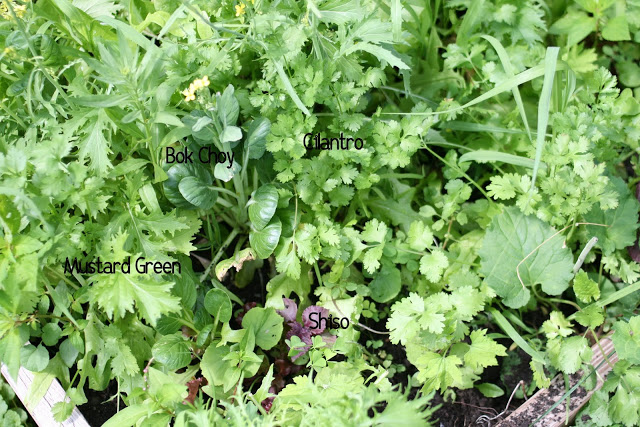 The “salad” box is where I’m really trying the “throw it down and walk away” method.  I literally threw down a lettuce mix, a basil mix, cilantro, shiso and mache seeds, then planted bitter melon seeds close to the trellis.
Pros:

Still, I like this sort of worry-free gardening.  But then again, I’ve always been sort of worry-free regarding our garden beds, since I don’t rely on them to feed us.  Do you have a garden, or raised beds?  Any tips you’d like to share?