I think most of my girl friends have now been sucked into the black hole that is Pinterest, and inevitably, we start socializing on each other’s boards.  Lara pinned this picture of a wreath with door numbers.  One of my other friends, Kristal, commented that this could be a good craft day project.  The craft day never happened – does it ever?  How does one get together with one’s girl friends, without kids or husbands, for several hours during the day, to do nothing but eat, drink and make stuff?  Anywho, even though the craft day didn’t happen, the wreath turned into my House Number Door Wreath! 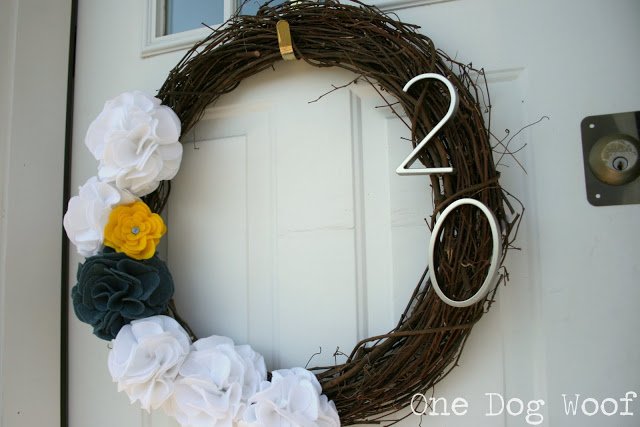 The original inspiration was made with silk flowers and painted wooden numbers, but I tried to “craft it up” a bit by making felt flowers instead.  If you were my mom, you’d say something along the lines of “why make more work for yourself?!  It’s so complicated!”, but it enabled me to:

1. try my hand at making some of the beautiful felt flowers on Pinterest,
2. learn that my fabric scissors gives me a heck of a blister on my thumb knuckle,
and
3. realize that cutting about 60+ of these felt flowers is great lap activity to do while watching Hunt for Red October during J’s nap!

We also used real metal door numbers from Home Depot, since Michaels was conveniently out of the number 2 and the number 0.  Of course, right? 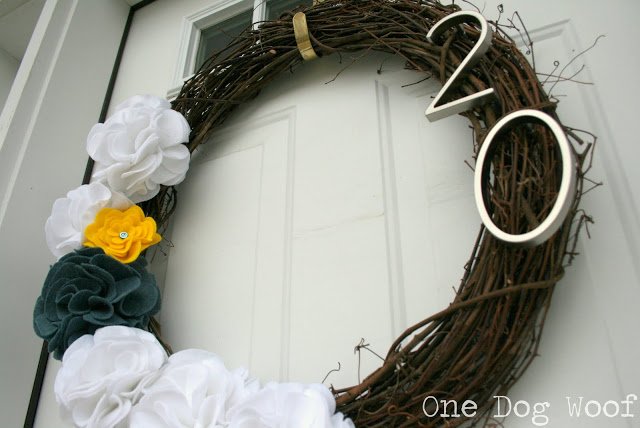 Here’s a short picture tutorial for the big floofy white and blue flowers. 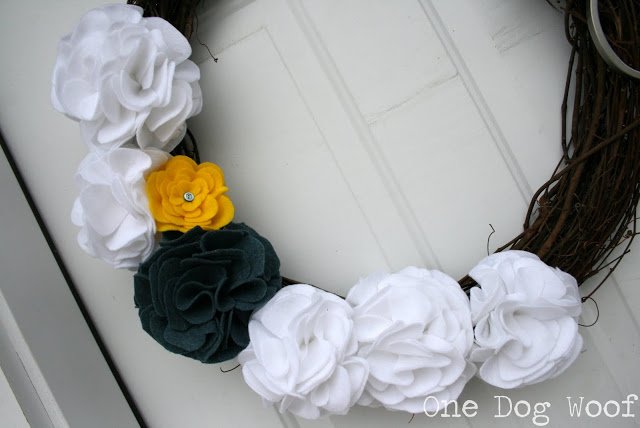 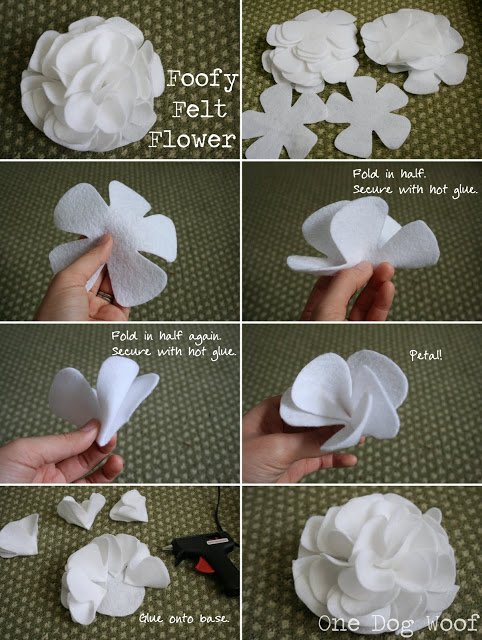 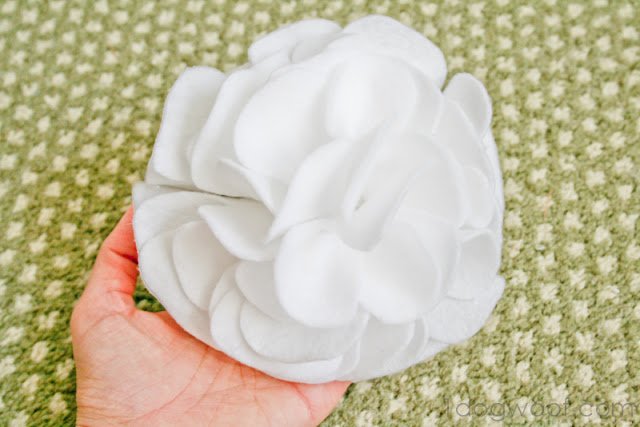 I followed this tutorial for the yellow flower. 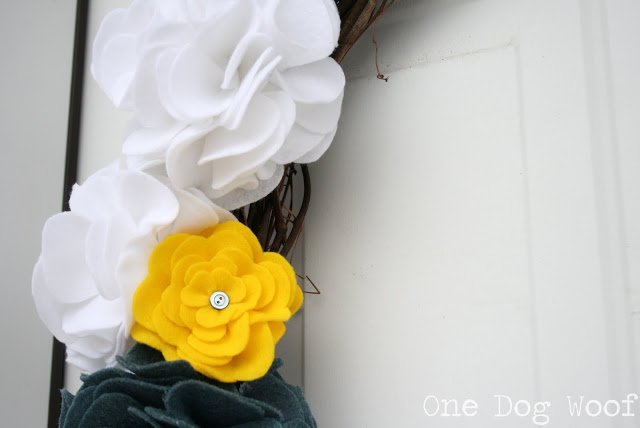 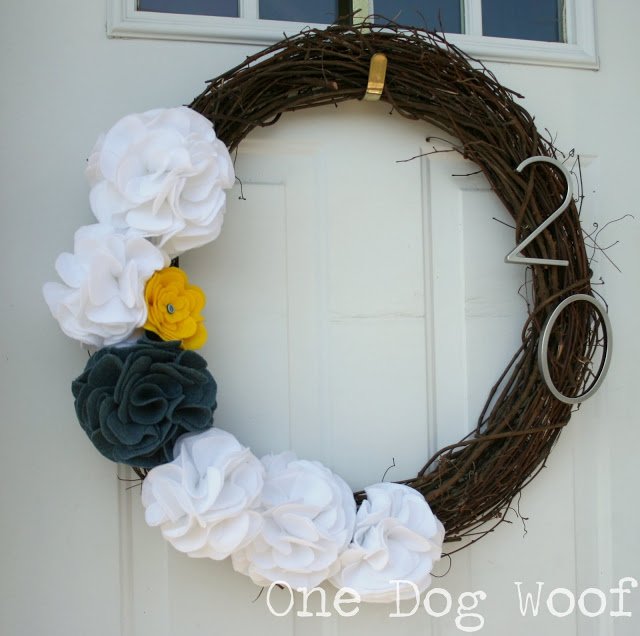 There’s really not a whole lot more I can say about this. I hot glued all the flower pieces onto the twig wreath, and the numbers were just inserted into the twig tangle using the screws that came with them.  It didn’t take a lot of time (other than cutting out felt pieces and blowing through a handful of bandaids for my thumb), and was super simple to make.  I think the flowers and the bright colors really make this a perfectly FUN and PRACTICAL spring project!

What do you think?

← He has Risen! Printable Easter Egg Guest Post at It's Overflowing →