Did you know January 31st is Chinese New Year?  2014 is the Year of the Horse, so yeehaw!  Sorry, I couldn’t help myself.

When we were little, we always received red envelopes from grandparents and other relatives with various amounts of cash in them.  When we were REALLY little, my parents would take the cash away for “safekeeping”, but we got to keep/save/use it as we got older.  I totally resented the “safekeeping” thing back then, but now I get it.  What on earth would little J need with the money he receives from our relatives when we, as parents, provide everything he needs (and often, things he doesn’t need…ahem…Hot Wheels Ferraris…)  So, yup, I’m in the business of safekeeping my kids’ red envelopes now.  But, he and his friends may be interested in THESE red envelopes, since they’re not filled with money, they’re filled with CHOCOLATE! 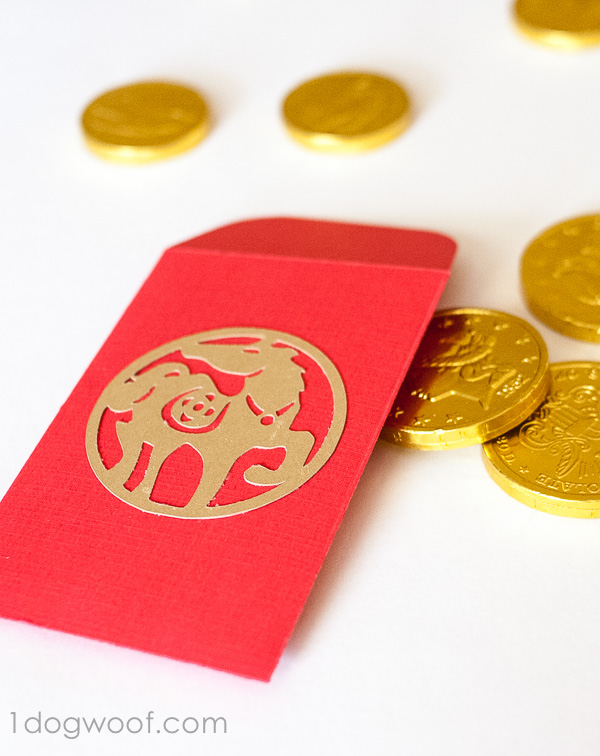 I actually wanted to do this last year for J’s daycare class, but I couldn’t find the chocolate coins anywhere.  I had gone to a local grocery store that had a huge candy section, and asked an employee if they carried chocolate coins.  All I got was a blank look.  I debated ordering on Amazon, but do I really need a whole pound of chocolate coins?!  This year, I saw chocolate coins at Target, but didn’t grab them because I hadn’t formulated the project in my head (it was December).  When I finally decided I was going to do this, I went back and OF COURSE, they were gone.  Of course.  Sheesh.  So, one day, while grocery shopping at the local store, I decided to just walk through the candy section instead of asking the highschooler at the counter.  And of course (again), there they were.  Three different types of chocolate coins.  Gold, bronze and silver.  Man, I felt both triumphant and idiotic all at once.  So simple, and I had made it so complicated. 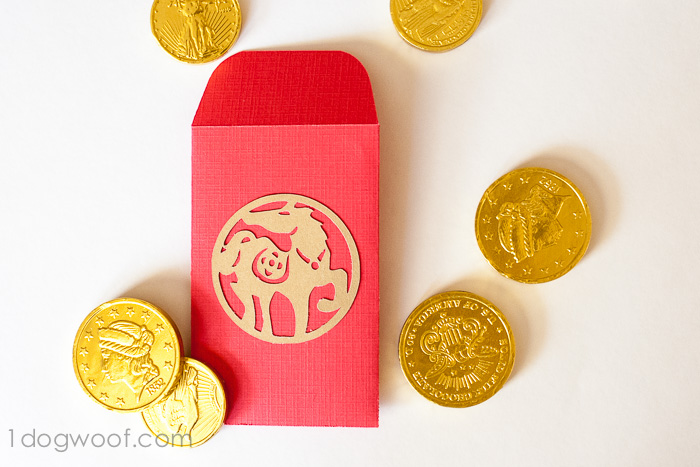 And now, with a Silhouette Cameo handy, the envelope making process was super easy!  I was originally going to buy the Chinese supermarket brand of red envelopes, but why buy the branded ones when I can make my own? 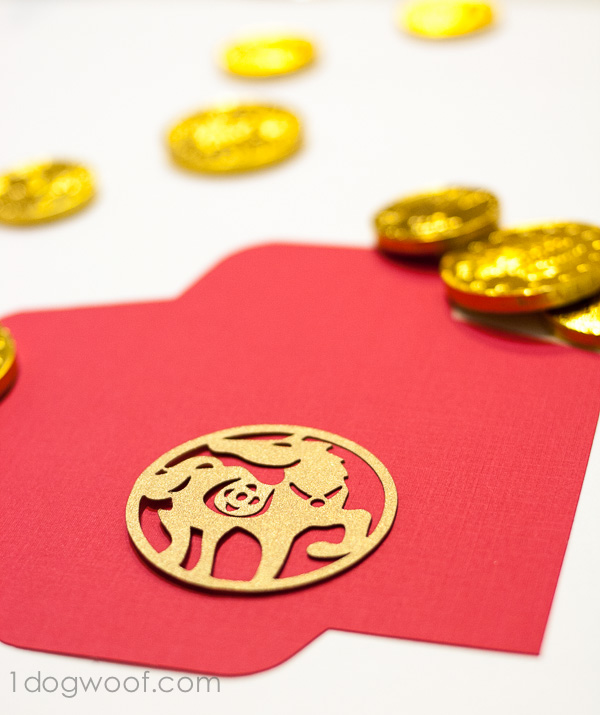 I found images of the envelope and horse silhouette online, and traced them out in Silhouette Studio.  The envelope was cut from red cardstock, and the horse was cut from a metallic gold cardstock that I found at Michaels during their post-Christmas sale.  $0.25 per sheet, yeah!  I even found a sheet that looked like gold leaf.  That’s for the super fancy red envelopes I’ll be making for my family, I think.

Since the envelope was an outline trace of an image, it didn’t have fold lines to perforate and make the folding easier.  I just used a ruler to to keep the folds straight. 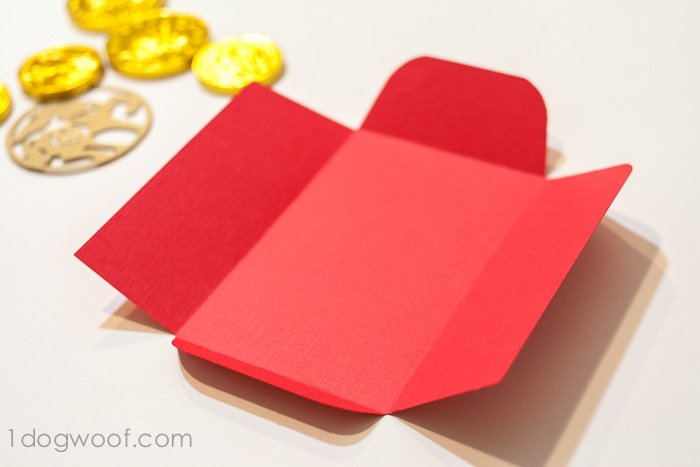 Add a little glue, and you’ve got yourself an envelope. 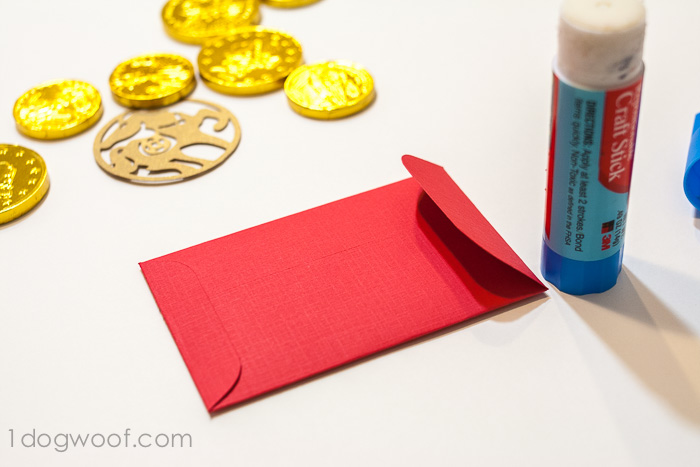 Glue the metallic horse onto the front of the envelope to complete your own Year of the Horse red envelope. 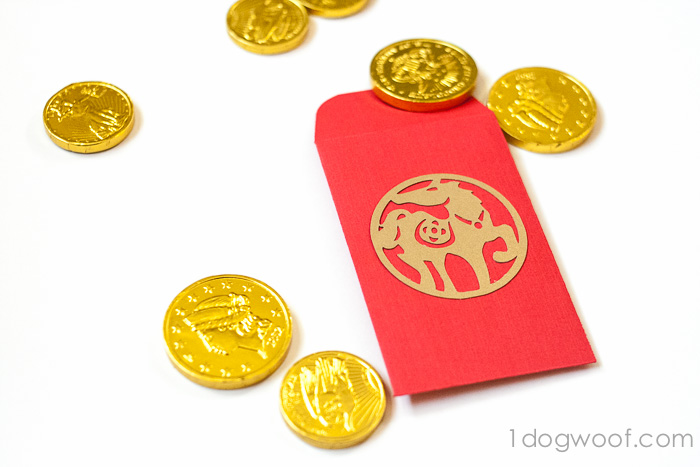 You can fill your envelopes with cash, check, or chocolate coin.  I’ll be sending these to school with J next week with a few coins in each kid’s envelope.   I figure they’d appreciate that more than if I put a dollar or something in it.  Maybe that way, their parents won’t confiscate it for “safekeeping”? 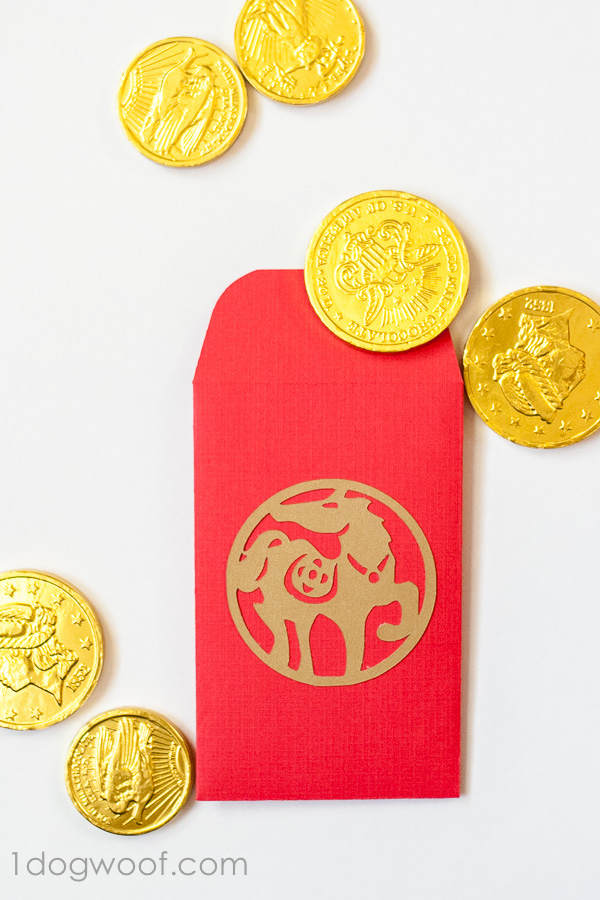 In case you don’t celebrate Chinese New Year, or don’t like chocolate coins, you can take a look at project inspirations for the OTHER upcoming holiday. 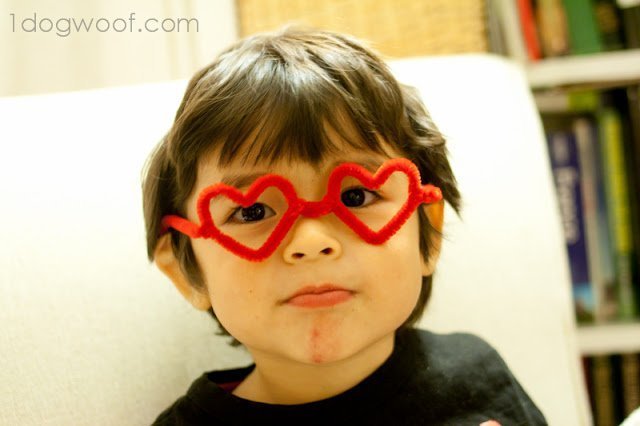