I’ve added more detailed pictures to my Kitchen Renovation post, so go check it out!  You can ogle my crazy pantry!

I’m not sure where my mind has been, but I’ve been completely baffled on how to get J to eat green vegetables.  Now that he likes to feed himself, he will very deliberately pick out only the things he wants out of his dish, and basically leaves all but any sort of pasta behind.  I figured he had a hard time chewing the green leafy stuff, you know, without molars and all, but they’re coming in now, so it’s high time to get started on the leafy greens.  I made bok choy the other night, and he ate the crunchy stems, but if there was a hint of a leaf, he spat it out.  We’ve been making do with the little squeezee packs from Plum Organic and Happy Baby, where there’s some sort of fruit and vegetable combination in semi-solid form.  Beats me why I didn’t think of just making it myself.  Serious loss of brain capability there.

Anyways, a friend told me her trick of making smoothies with spinach in it and feeding it to her son as a drink.  My first reaction was “gross!  spinach and banana?!  are you kidding me?!”, but I bought spinach the other day, just in case.  Then I saw the idea again on a linky party today, and thought maybe I’m being hit over the head with this concept, so I made my first banana-spinach smoothie tonight….and WHAT A HIT!  J drank an entire cup, and got rewarded with pizza for dinner 🙂 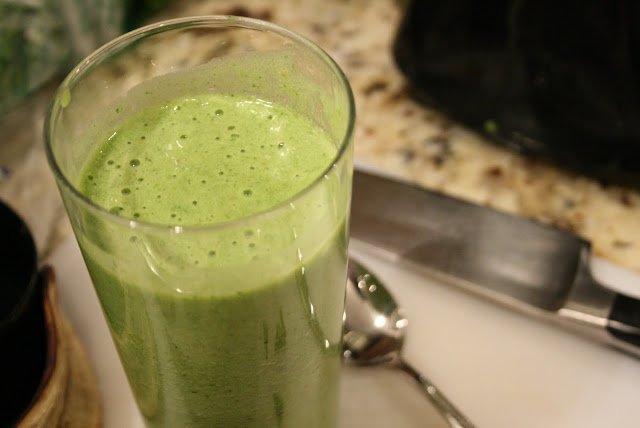 I don’t have quantities for a recipe, since I had no idea what I was doing and really just hoped for the best, but here’s my best guess: 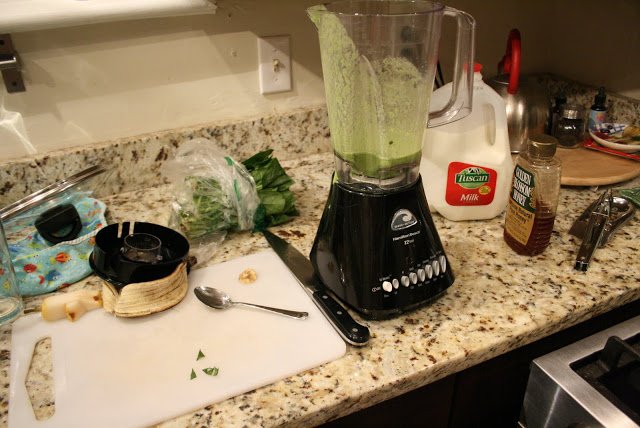 Blend well.  BOOM, you’re done.  Add more liquid if you, like me, intend on feeding it to a picky eater through a straw.  The best part is, you can’t taste the spinach!  It looks funky, but it tastes like a banana-honey milkshake!

After a while, J decided that playing with the straw was more fun than drinking from the straw, so I hacked together a “straw sippy cup” with Press n Seal and a rubberband. 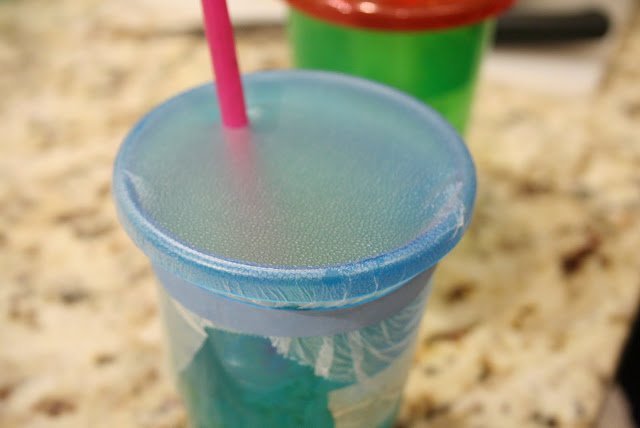 This is probably not a combination I’m going to mess with though.  I can’t quite imagine it going well with strawberries or swiss chard, but you better believe I’ll be on the lookout for other green veggie smoothies to trick my kid into drinking!