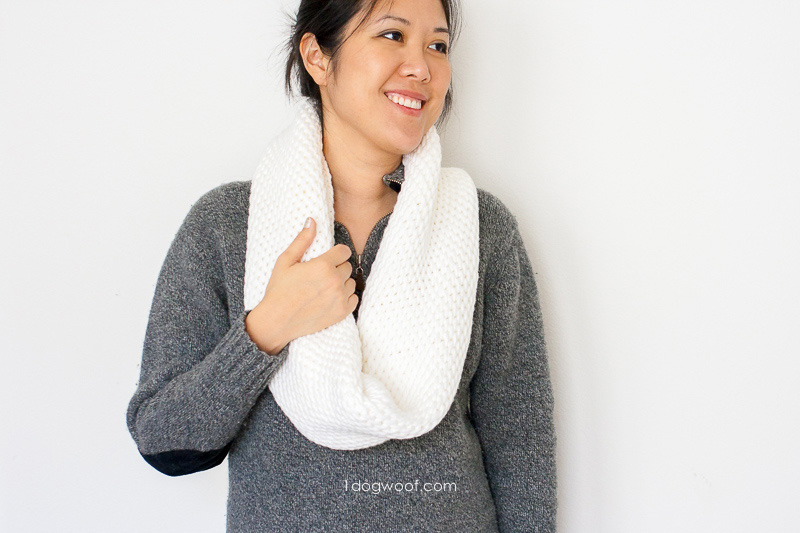 As I was wandering around Michaels shopping for yarn, I found some Loops and Threads Woolike Chunky yarn that looked so scrumptious, I couldn’t stay away. Trust me, I tried. I walked away, up and down the aisles, and came back. I ended up taking home 4 skeins of it in White. Without a project in mind. It ended up as this deliciously thick and warm Gobelin Textured Cowl! 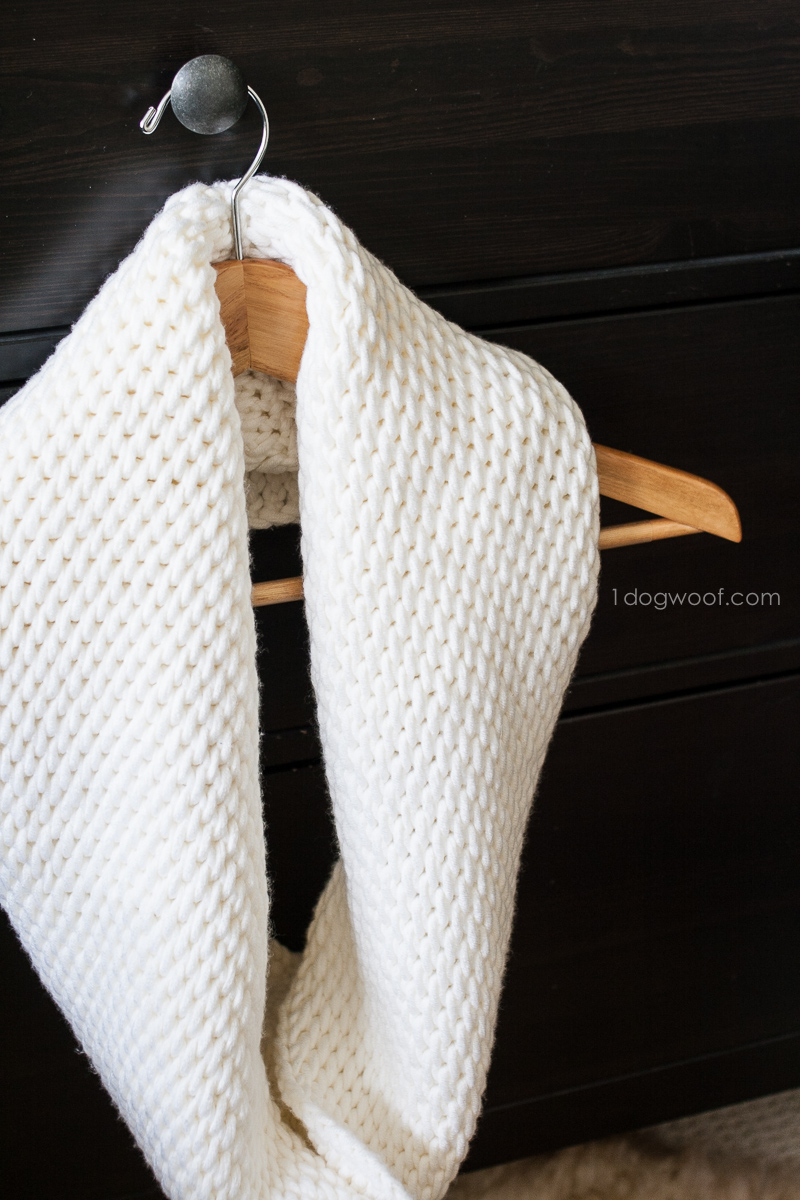 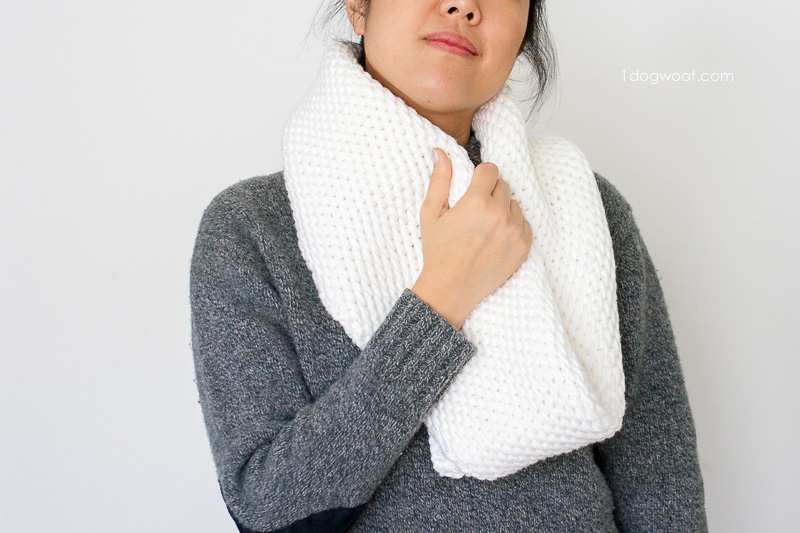 I found the Gobelin Stitch at Purlsoho and loved the texture immediately. It’s almost un-crochet-like, and yet, not quite knit-like either. The front and the back both have a great feel and texture. This is also my first time trying out Tunisian Stitch, so of course, I had to go out and buy a new hook as well. C’est la vie! 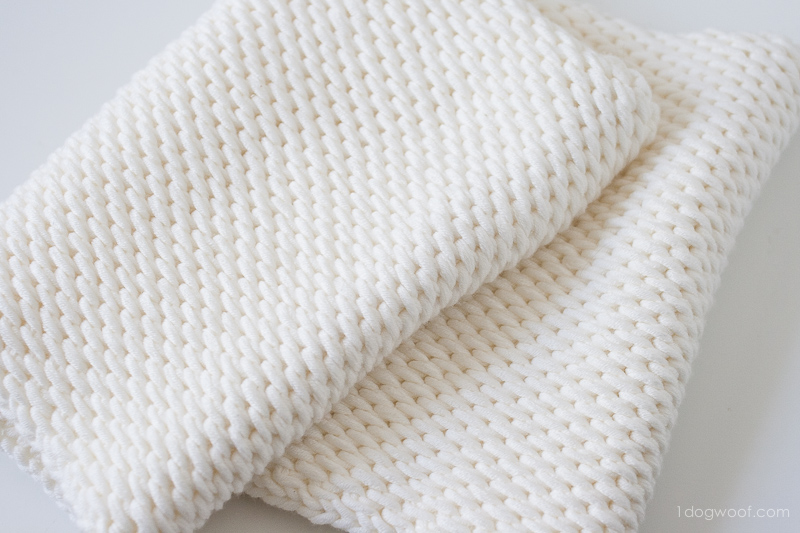 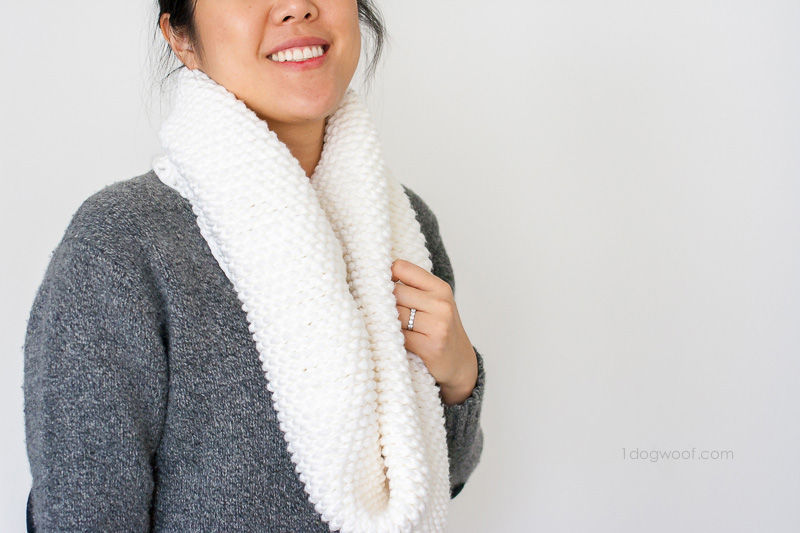 For this cowl, I followed the general directions from Purlsoho but made a few adjustments.

Start with a foundation row of 30.

Work a preparation row and then a return row.

Repeat all 4 rows over and over again – you’ll notice that you’re staggering the pattern by skipping or not skipping the first and last gaps.

Continue until you’re almost out of yarn (4-5 balls) or until it’s as long as you want it to be. Remember that if you’re making the cowl, the length of the cowl will be half the unfolded length.

When you’ve decided to stop and join the ends together, you should stop on a return row, doesn’t matter which one. You should have one loop left on your hook. Leave a loooong tail for joining.

Here is where I can’t really explain which loops I used to join. I overlapped the ends by one row to make the join as seamless as possible. Using my tail end, I started with the “front” of the piece and whip stitched to follow the direction of the strands on the edge. Then flipping the piece inside-out, I whip stitched the overlap together using the least conspicuous loops I could find. I think as long as you’re consistent with which loops you use, the seam should be fairly unnoticeable. 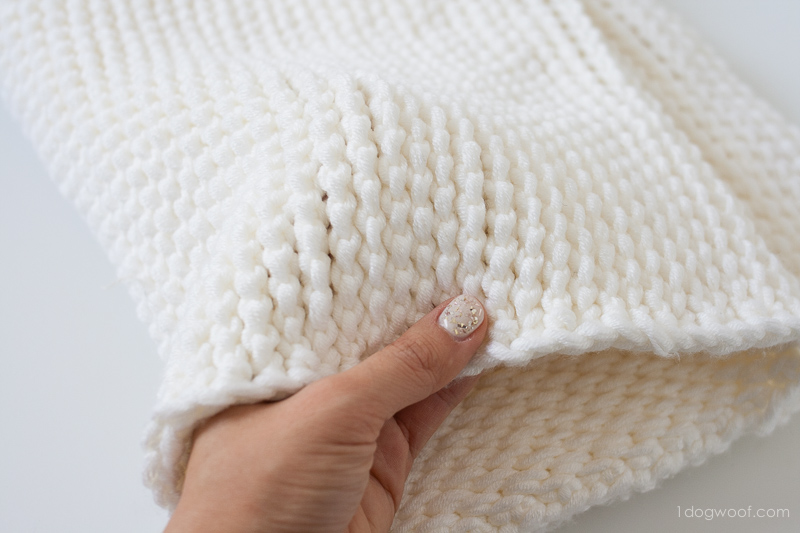 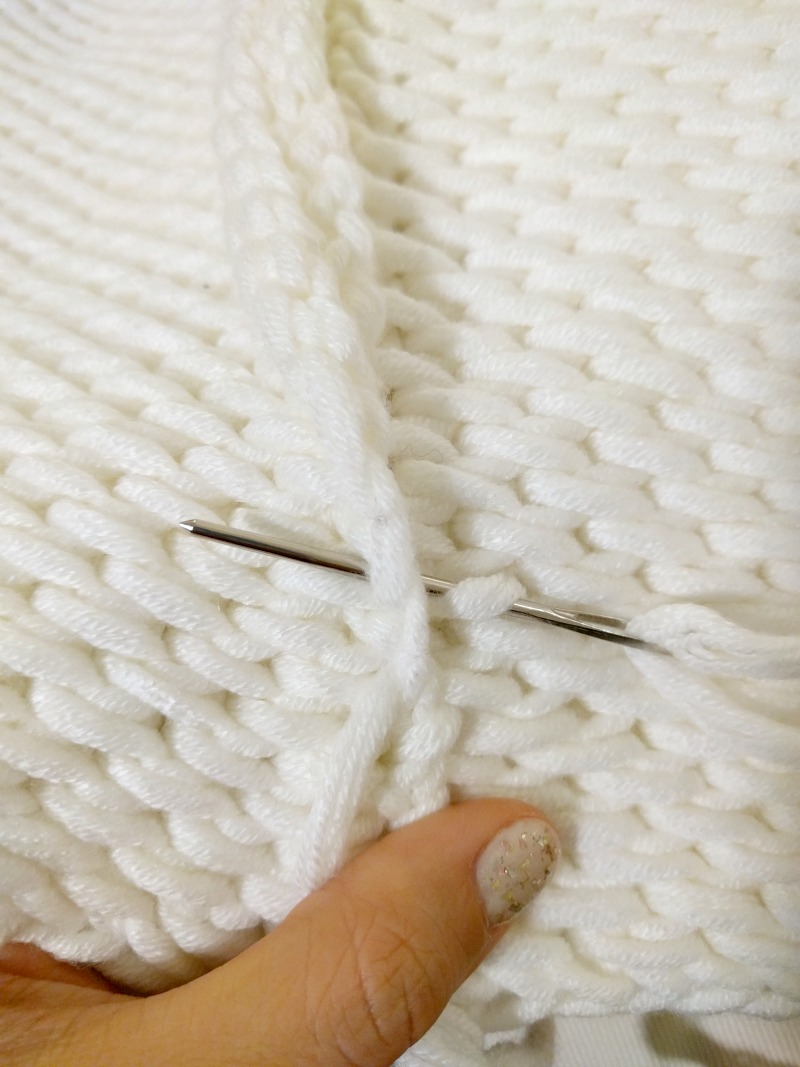 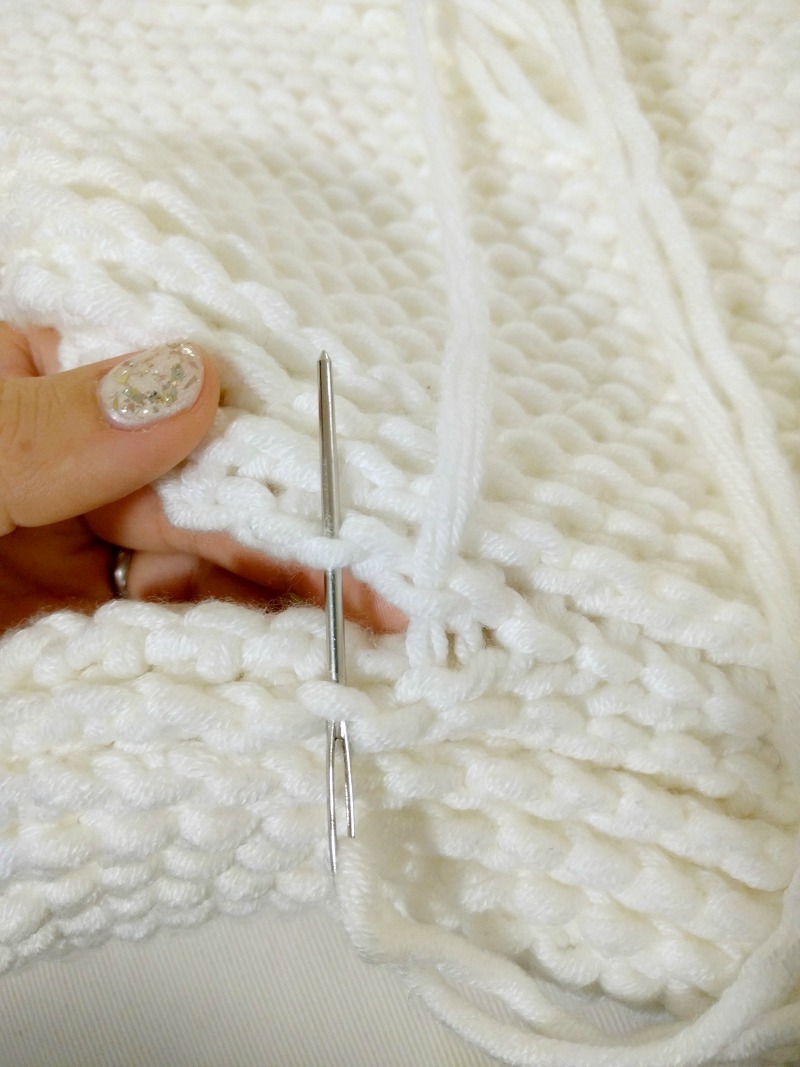 Fasten off and weave in ends.

If I could do over, I’d probably use 5 balls of the Woolike Chunky, so that I could wrap it around my neck twice for a super chunky look. 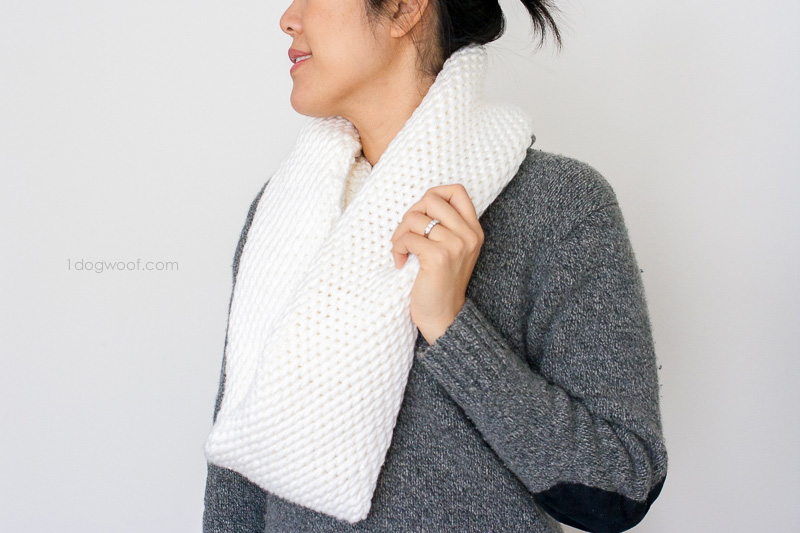 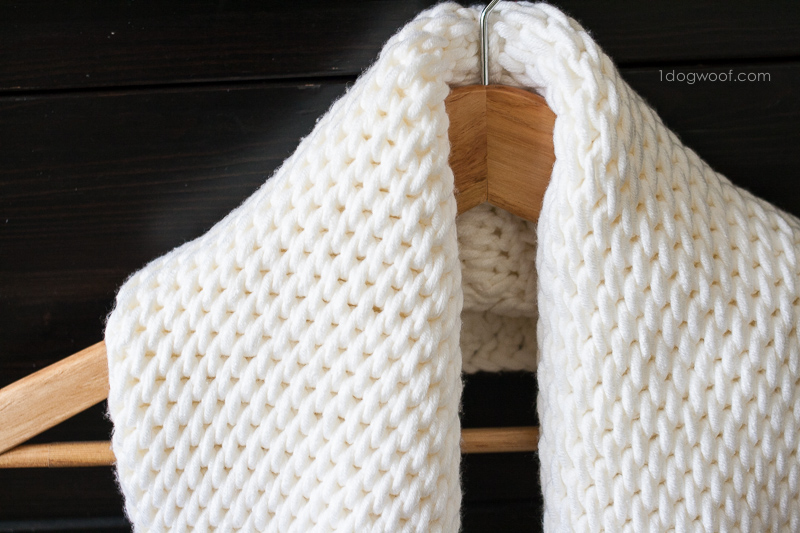 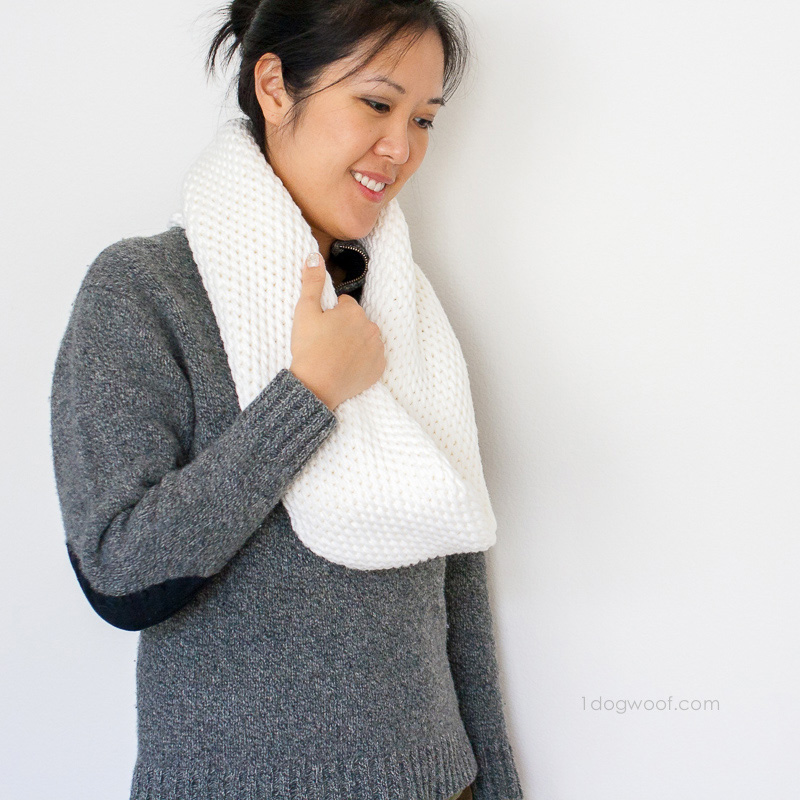 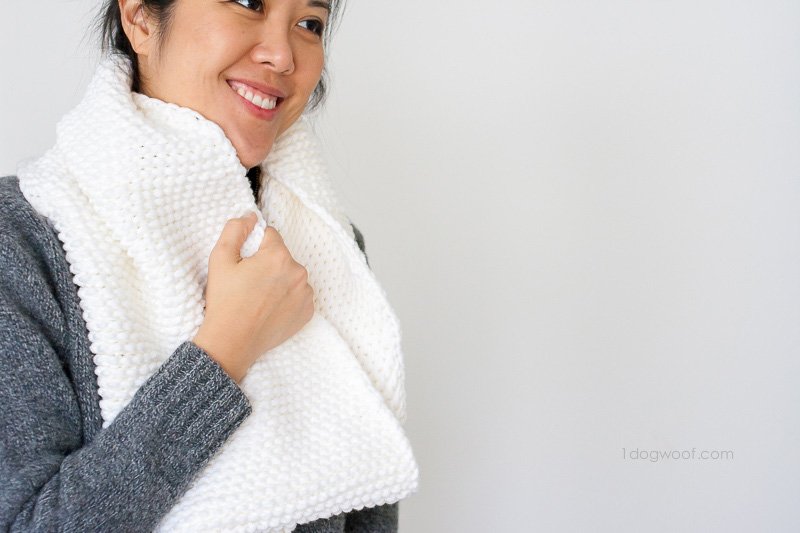